Christian perspectives on the origin of species.

Christianity and creationism are often linked to species fixity, but this opinion has not been the only position taken by Christians on the question of the origin of species. Many creationists accept a secondary origin of species from ancestors originally created by God. 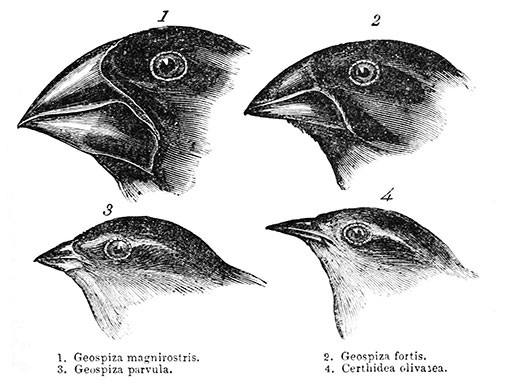 The finches of the Galápagos islands provide a classic case study in speciation. A wide spectrum of views on the origin and nature of species has been expressed by Christian scholars, from a belief in fixity to acceptance of unlimited variability.

This study involved a representative survey of Christian writings on species from the seventeenth century through the twentieth century, highlighting the diversity of opinions. The choice popularly portrayed between creation and evolution, between species fixity and unlimited change, does not represent the spectrum of views expressed by Christians over the last three centuries, nor does it reflect the views of modern creation biologists.

A paper based on this research was presented at the Genesis Kinds conference in 2009 and published in the proceedings (Garner 2009a). A compilation of source material was also published as a monograph in the CORE Issues in Creation series (Garner 2009b).