Is the Equidae a holobaramin?

Members of the horse family seem to belong to a single created kind, but it is not yet clear whether horses can be distinguished from all non-horses. This study used statistical baraminology to investigate this question, but the data were too poor to draw definitive conclusions. 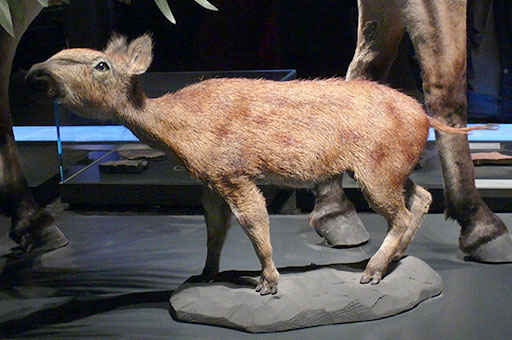 Horses are well-represented in the fossil record, especially in North America, and appear to form a convincing, though complex, phylogenetic sequence. This sequence has been cited as important evidence in support of evolutionary theory, while creationists have attempted to debunk it as artificial and composed of non-equivalent parts. The status of Hyracotherium as the ancestral horse has been particularly controversial in the creationist literature.

Cavanaugh et al. (2003) presented a statistical baraminology study and concluded that nineteen fossil equids – including Hyracotherium – belonged to a single monobaramin. However, their analysis did not include a non-equid outgroup and was thus unable to detect any discontinuity surrounding the equids.

The major limitation of this study is that all the included characters are dental, so the dataset is not holistic. For this reason, strong conclusions could not be drawn and the question of whether the Equidae is a holobaramin remained unresolved.

The results of this study were presented at the 2004 Biology Study Group conference (Garner 2004). An analysis based on a new dataset of 72 characters and 26 taxa was carried out in 2016.

Garner, P. 2004. Is the Equidae a holobaramin? p.10 in Sanders, R. (ed.), Discovering the Creator: Proceedings of the Third BSG Conference, Occasional Papers of the BSG 4.