The recent Genesis Kinds conference is featured in an article, Defying Darwin, in today’s edition of the Guardian. The author of the article is Guardian feature writer, Stephen Moss, who attended the conference as part of his research for the piece. He also interviewed a number of other creationists from a variety of organisations. Alongside the article is a highly tendentious sidebar headed 'God vs Darwin: Do creationists have a case?’ by anti-creationist correspondent James Randerson.

We understand that the article was originally scheduled to appear on Thursday last week but that the Guardian preferred not to publish anything critical about Darwin on his birthday.

Dr Steve Lloyd was a guest on ITV’s Alan Titchmarsh Show on Darwin Day, 12 February 2009. He was part of a panel discussing the question, “Did God make the world?” His fellow panellists were Nick Ferrari of LBC Radio and Sue Carroll, the Daily Mirror columnist. The producers tried, but failed, to get an evolutionist to appear on the panel. 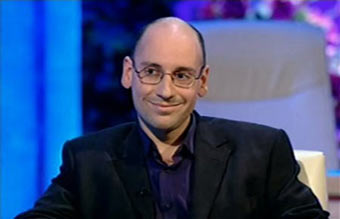 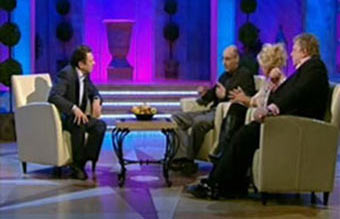 The panel discussing “Did God make the world?”

Steve began by pointing out that there is nothing incontrovertible about evolution in the light of the extraordinary design and information found in living systems. The theory of evolution faces some major challenges from recent scientific discoveries.

Sue Carroll raised the issue of death and asked whether that could be part of a perfect divine plan. Steve was able to highlight the incompatibility of the evolutionary story of death and struggle over millions of years with the biblical account of a perfect world that was marred by human sin.

Nick Ferrari was sceptical of the dogmatic pronouncements of scientists and suggested that the theory of evolution was unable to explain the human spirit and conscience. He also asked whether, in the face of sickness and death, people pray to David Attenborough or to God. Although not articulated from an explicitly Christian or creationist perspective, Nick Ferrari’s doubts seemed to resonate with the studio audience, which was interesting in view of the widespread scepticism of evolution revealed in recent opinion surveys.

Genesis Kinds: Creationism and the Origin of Species

Almost two years ago, I was visiting the Center for Origins Research (CORE) at Bryan College in Dayton, Tennessee. Talking to Dr Todd Wood, CORE’s director, our thoughts turned to 2009, which would mark the 200th anniversary of the birth of Charles Darwin, and the 150th anniversary of the publication of The Origin of Species. Aware that there would be many evolutionary celebrations during the Darwin Year, we were keen to make our own distinctive contribution. 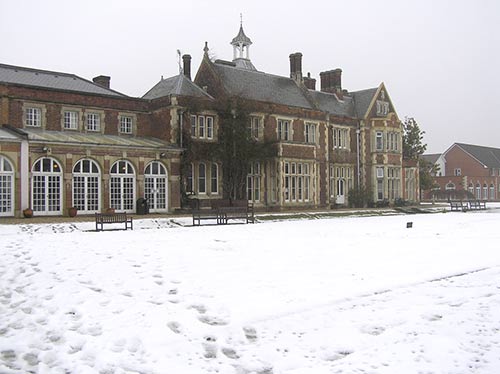 
So it was that between 4th and 6th February 2009, High Leigh Conference Centre in Hoddesdon, Hertfordshire, became the venue for a major ‘Darwin anniversary’ event with a difference – six speakers examining the ‘mystery of mysteries’, the origin of species, from a biblical and creationist perspective.

Fortunately, despite the wintry storms that descended upon southern England during the week of the conference, our visiting speakers all arrived safely and on time. 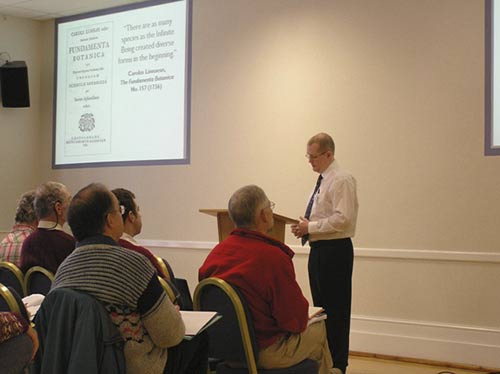 Paul Garner looked at scholarly Christian views on the origin of species.


The proceedings began with my own talk looking at scholarly Christian views on the origin of species from the seventeenth century to the present day. Contrary to popular belief, there has never been a consensus view on this question, even among special creationists. Far from unanimously asserting that species are fixed and immutable, many creationists, both before and after Darwin, rejected fixity and embraced the idea of biological change within broad limits. 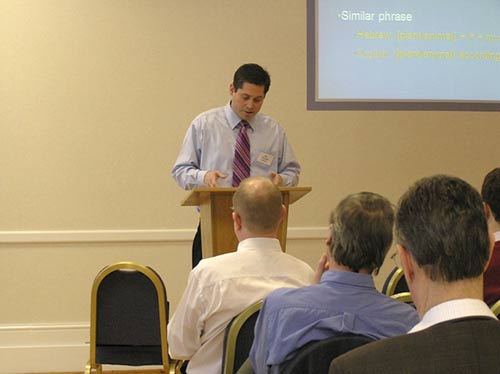 Dr Ken Turner examined the use and misuse of the biblical term mîn or “kind”.


The next speaker was Dr Ken Turner, Associate Professor of Bible at Bryan College, who examined the use and misuse of the biblical term mîn or “kind”. Dr Turner addressed many of the ambiguities and relationships of the term, and urged creationists to work diligently with the biblical texts and avoid reading modern scientific ideas – even creationist ones – into passages such as Genesis 1 and Leviticus 11. 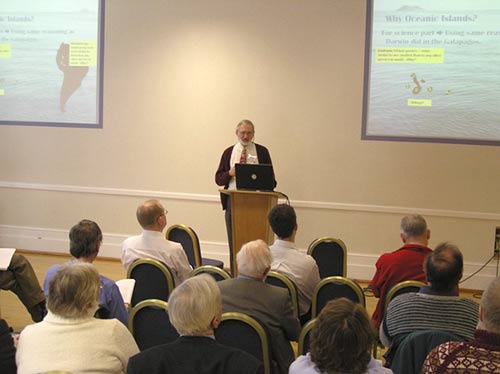 
Having established these historical and biblical baselines, we then turned to scientific matters. Dr Roger Sanders, a plant taxonomist, examined one of the fundamental questions that had exercised Darwin – the origin of species on oceanic islands. Creationists agree with Darwin that the unique species living on these islands are the modified descendants of mainland forms. Dr Sanders presented evidence suggesting that tens of new species had arisen from each ancestral form within a few decades of Noah’s Flood, thus supporting the theory of rapid diversification favoured by modern creation biologists. 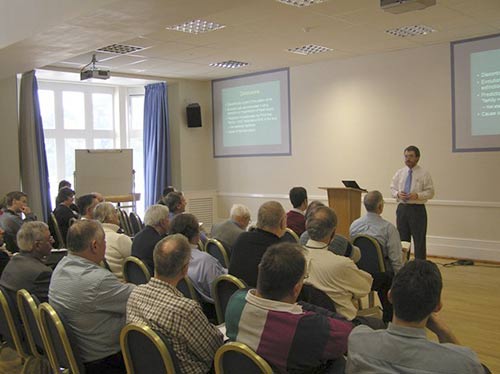 
Next, Dr Todd Wood sought to evaluate the common creationist claim that the created kind is approximately equivalent to the taxonomic category of family. While the results of his analysis were suggestive – the prediction seemed to hold true in about 60% of the examples studied – there is clearly a need for additional work in this area. One curious result was that the prediction seemed to fare particularly poorly among the bird groups included in the analysis, and it would be interesting to know why. Nevertheless, discontinuity between groups of organisms does seem to be a real part of the pattern of life. 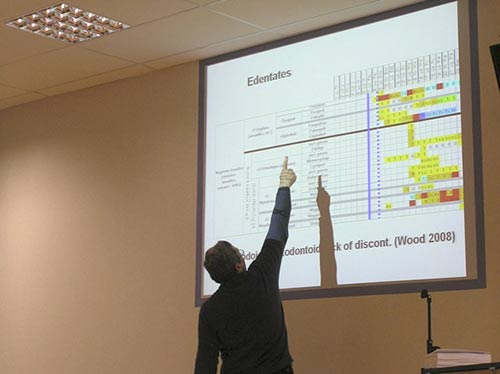 Dr Kurt Wise offered a new approach to how many mammals were on the ark.


Harvard-trained palaeontologist Dr Kurt Wise then gave a fascinating talk which asked ‘How many mammal kinds were on the ark?’ He offered a new approach based on his study of the fossil record and suggested there were between 100–300 mammalian ark kinds. All the modern species of mammals would have been derived from these ancestral forms, implying a significant amount of diversification soon after the Flood. Some of the implications of Dr Wise’s study were so surprising and controversial that they will no doubt generate discussion and debate among creation biologists for a long time to come! 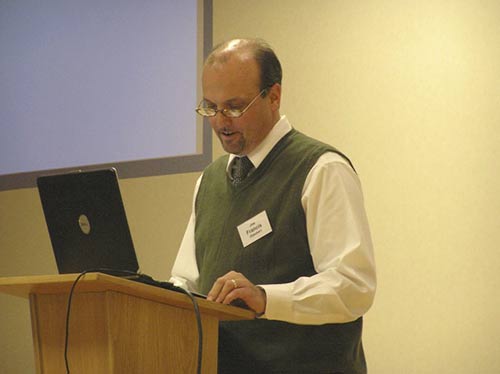 
Microbiologist Dr Joe Francis then examined the various interactions between living organisms that come under the heading of ‘symbiosis’, suggesting that there were insights here concerning the origin of new species. Some evolutionary biologists, notably Professor Lynn Margulis, have proposed that new types of cells arose early in the history of life by engulfing and incorporating other free-living cells – what has become known as ‘the endosymbiont theory ’. Dr Francis’ talk offered the basis for an alternative creationist explanation of the evidence usually adduced in favour of this evolutionary theory.

The lectures concluded with a look at the life and influence of Charles Darwin by Dr Wood. Darwin was not the ‘bogeyman’ that is sometimes portrayed by his critics, but very much a product of his times. His story was in many ways a moving one, his thinking shaped not only by his scientific observations but also by personal tragedy. We were urged to keep our focus upon the Lord Jesus Christ and not to take our eyes away from him, as Darwin sadly did. 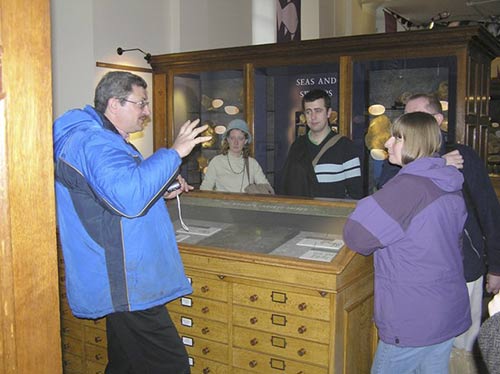 
Dr Wood’s biographical sketch served as an excellent prelude to the next day’s walking tour of Cambridge, which included a visit to Darwin’s lodgings in Sidney Street, the precincts of Christ’s College where Darwin gained his BA, and the city museums which house specimens collected by Darwin during his round-the-world voyage on HMS Beagle.

In addition to being a great deal of fun, the Genesis Kinds conference was also a timely reminder that creationism is maturing. No longer are creationists content simply to critique evolution, but are instead developing testable scientific theories of their own that seek to explain the data at least as well, and perhaps better, than the evolutionary alternatives. There is also a healthy level of self-criticism and review, and the critics of creationism may have some work to do to catch up with these developments!

The conference proceedings have been published in the CORE Issues in Creation series. Anyone in the UK who would like to obtain a copy should contact Paul Garner for more information. You may also be interested to read Dr Todd Wood’s reflections on the conference on his personal blog.

For our friends in the USA, the Genesis Kinds conference is being repeated in the summer at Southern Baptist Theological Seminary.

Charles Darwin visited the Santa Cruz river valley in 1834. He interpreted the valley as having been formed over millions of years. In a new 10-minute video, geologist Dr Steve Austin shows that the landscape that Darwin saw was formed rapidly by a giant flood. Two hundred years after Darwin’s birth, we ask: what else was Darwin wrong about?

If you were thinking about attending our forthcoming conference, Genesis Kinds: Creationism and the Origin of Species which is taking place at High Leigh Conference Centre in Hoddesdon, Hertfordshire, on 4–5 February, you need to register soon. Space is limited, and the rooms are going fast. The registration costs includes two nights accommodation at High Leigh, meals from Wednesday dinner to Friday breakfast, all the conference presentations, a copy of the book Genesis Kinds: Creationism and the Origin of Species, and a walking tour of Darwin’s Cambridge on Friday.

It will be a really great conference, and you can register by post with Biblical Creation Ministries or online at the Creation Biology Study Group (BSG) website.

We hope to see you there!

Charles Darwin: The man, his book, and his legacy

Next year is the 200th year since Charles Darwin’s birth and the 150th year since the publication of On the Origin of Species. Marking this occasion, Answers in Genesis has devoted the forthcoming edition of its Answers magazine, Vol. 4, No. 1, to an examination of Darwin’s life and legacy.

BCM’s Paul Garner has contributed an article to this edition entitled ‘Do species change?’ which takes a historical look at the debates about species change both before and after Darwin.

Two articles by Dr Roger Sanders examine the life of Darwin, offering some revealing insights into how his ideas developed and his own heart-rending personal struggle with suffering.

These articles are freely available here as a sneak preview of the new edition.

On Saturday 29 November, Dr Steve Lloyd of BCM debated Dr Denis Alexander on Premier Christian Radio’s Unbelievable programme. Hosted by Premier’s Justin Brierley, the subject of the debate was the theological implications of the theistic evolution position articulated in the recently published book by Denis Alexander, Creation or Evolution: Do we Have to Choose? (Monarch, 2008).

The programme can be heard again on the Premier Radio website.

Steve argued that the Darwinian story of history is incompatible with the biblical, gospel story. Denis’s commitment to the truth of Darwinism requires a rewriting of central areas of Christian theology – including our understanding of Adam, the fall, the cross and the resurrection. This attempt by Denis to reconcile the Darwinian and biblical stories is well intentioned, but it renders the biblical story incoherent as well as being an apologetic and pastoral liability.

Steve’s arguments can be explored further in a chapter entitled ‘Christian theology and neo-Darwinism are incompatible: an argument from the resurrection’ to be published by Paternoster as part of a multi-author book, Debating Darwin, in May 2009.

As a contribution to the 2009 Darwin Bicentennial, BCM is co-sponsoring a major conference entitled ‘Genesis Kinds: Creationism and the Origin of Species’. The meeting will take place at High Leigh Conference Centre, Hoddesdon, Hertfordshire, between 4–5 February 2009.

Don’t miss this significant event during the Darwin bicentennial year!

Another significant development from the conference was the formation of the Creation Geology Society (CGS), under the direction of Drs Kurt Wise and Andrew Snelling. The CGS is a faith-based, professional geology society, similar in concept to the existing Creation Biology Study Group (BSG). Seven creation geologists, all possessing terminal degrees, have agreed to serve as board members for the new society: Steve Austin, Tim Clarey, Elaine Kennedy, Marcus Ross, Andrew Snelling, John Whitmore and Kurt Wise. BCM welcomes this positive initiative.