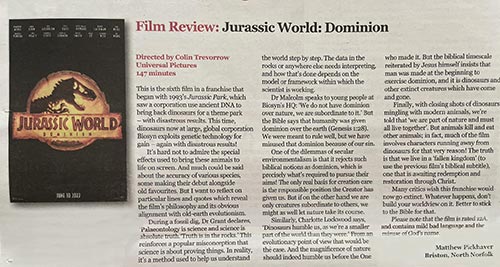 
October’s edition of Evangelical Times featured Matthew Pickhaver’s review of Jurassic World: Dominion, which came out earlier this year. In it he focuses on some revealing quotations from the movie, which is the most recent instalment of the popular dinosaur franchise.

‘Word on the Wash’


‘Word on the Wash’ conference in King's Lynn, Norfolk. 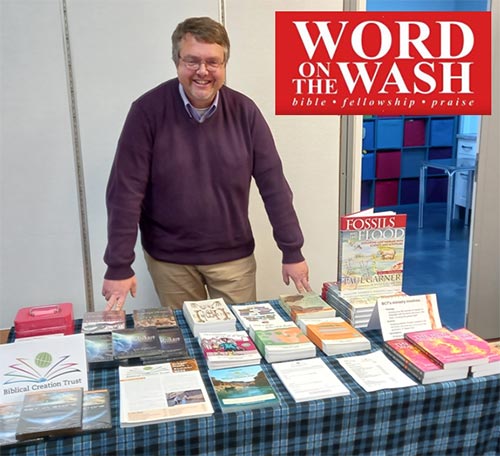 Matthew with the resource table.


On 1 October, we were pleased to have a resource table at the ‘Word on the Wash’ conference in King's Lynn, Norfolk, where about 120 Christians from different local churches gathered for Bible teaching and fellowship. Literature was given away and bought, and conversations had about the importance of the origins issue. 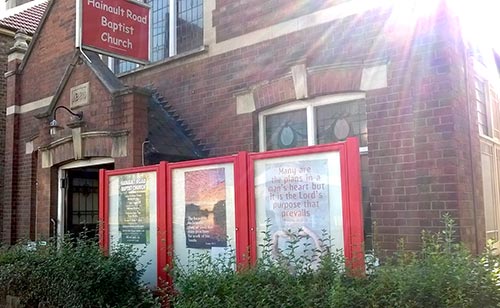 
On September 18 Matthew Pickhaver took a Sunday morning service at Hainault Road Baptist Church in Leyton, East London. He gave an update on the work of BCT and then, it being the eve of the late Queen’s funeral, preached on the sceptre in scripture, a symbol of the ultimate authority of Christ, our Creator and King.

The following week Matthew spoke at a midweek meeting at Needham Market Evangelical Church, Suffolk, on how we should understand Genesis 1–11. He looked at aspects of the Genesis text that point to historical narrative, what Jesus taught about the creation of humanity and the flood, and how the order of events relates to gospel truth. He concluded that theistic evolution presents greater challenges to its proponents than our challenge to build alternative scientific theories to the current consensus. Examples of such research were also referenced. 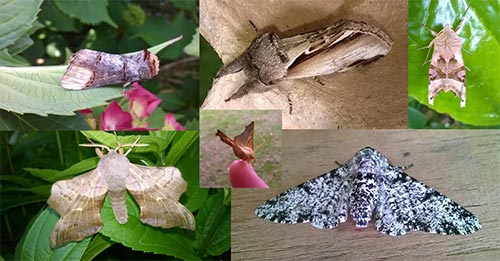 Some of the moths Matthew spoke about.


On September 8 Matthew Pickhaver presented ‘Marvellous Moths!’ to a monthly evangelistic meeting at Cromer Baptist Church, Norfolk. After introducing the order Lepidoptera and dealing with some popular myths – including that they all eat your clothes! – Matthew used photos of specimens caught in his light trap to illustrate their huge variety of shapes, colours and patterns. He also spoke of their importance as pollinators and a food source, as well as giving tips for moth-watching and describing their extraordinary life cycles.

He concluded that such beauty and complexity, hard to explain within evolutionary theory, point us to our Creator, while metamorphosis presents a striking picture of conversion, for ‘if anyone is in Christ, he is a new creature’. Twenty people attended, some commenting that they ‘hadn’t realised how spectacular moths were’ and that they ‘could have looked at those pictures for hours’!


The Truth in Science Summer School in Staffordshire with Stephen Lloyd and Paul Garner. 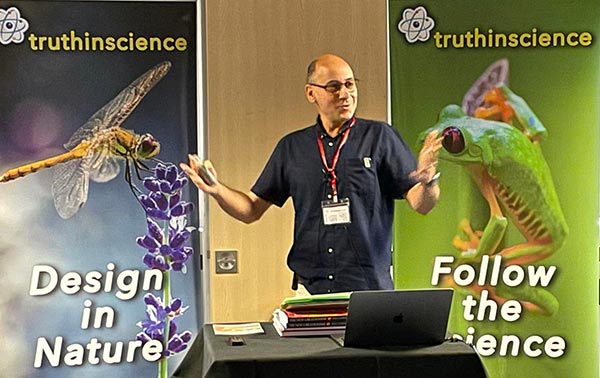 Stephen giving his talk, ‘Adam or death: which came first?’


At the beginning of September Stephen Lloyd and Paul Garner spoke to more than one hundred students at the Truth in Science Summer School in Staffordshire. Stephen’s talk, ‘Adam or death: which came first?’, showed the incompatibility of the chronology we find in the story-line of Scripture with that in the evolutionary narrative. Paul’s talk, ‘99% missing, or where did the time go?’, looked at major features of the earth’s sedimentary rock record that conflict with the conventional radiometric time scale. They also led a breakout session on how to handle the hard questions about origins at university and took part in a Q&A session.


Stephen and Paul addressed a meeting of the Christian Fellowship Norwich. 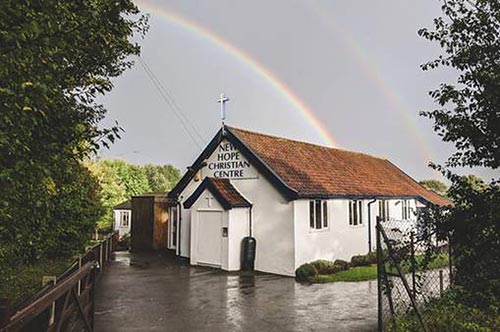 At the end of August, Stephen and Paul also addressed a meeting at New Hope Christian Centre, home of the Christian Fellowship Norwich.

In the opening talk, Stephen argued that the central question in the creation/evolution debate is ‘Why did Jesus have to die?’ The answer the Bible gives is that physical death is the punishment for Adam’s sin, and so to bear sin’s penalty Jesus had to physically suffer and die. However, the connection the Bible makes between sin and death renders an evangelical understanding of the atonement incompatible with evolution, which says that death was around for millions of years before humans even existed.

This led into the second talk, in which Paul addressed the question of what we should do with the ‘mountains of evidence’ that are said to support evolution. He laid out some important principles that we should apply when scientific challenges to the Bible arise, and proposed that building new scientific models within a creationist framework offers a productive way of addressing these challenges, illustrating the point with some case studies.