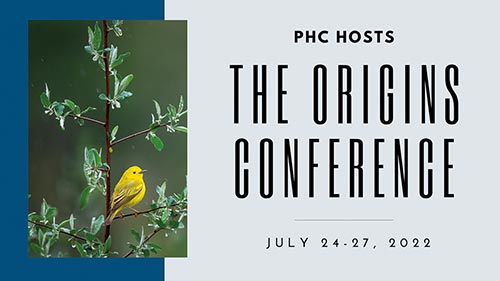 Moderated by Dr David Lee of Patrick Henry College, proceedings began with CBS president Dr Matt McLain encouraging all to keep their focus on God and cast their cares upon him.

Some 20 papers were then presented on topics such as God’s mode of creation, Hume’s ‘Miracles’ essay, humanity’s ancestral state, the geology of Neanderthal sites, human viruses, wasp baramins, the Flood boundary, post-Flood lakes and patriarchal longevity.

Research that BCT’s Paul Garner has been involved in also featured, testing the phylogenies of crinoids by their appearance in the fossil record, while CTS president Dr Jeremy Lyon chaired an interdisciplinary session on ‘The fountains of the great deep and the windows of heaven in the Genesis Flood narrative’.

Welcomed in Whitehaven and Watford


Matthew Pickhaver spoke recently in Whitehaven, Cumbria, where he was the guest of local group ‘Creation Matters North West’ 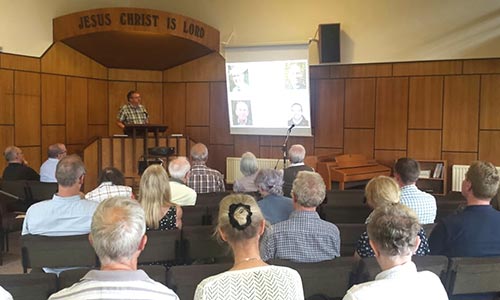 After introducing the work of BCT he presented ‘Is evolution proven?’ – looking at problems with evidences for molecules-to-man evolution – and ‘Is creationism credible?’ – showing how it is possible to build robust scientific theories on a biblical foundation. Over thirty people came to listen and afterwards questions were asked about baraminology (the study of the created ‘kinds’), publishing in mainstream journals, the role of natural selection and the days of creation. One of the organisers said that much of what had been shared was fresh material for them. 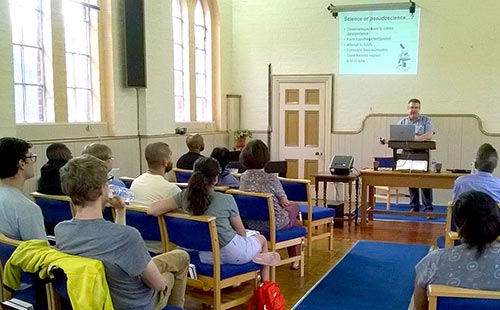 … and then Matthew spoke at Grace Baptist North Watford.

Then for Grace Baptist North Watford Matthew condensed both talks into one. After rebutting claims that creationism is pseudoscience and hinders proper investigation, he looked at evidence relating to the origin of life and the age of the earth before showcasing examples of positive creationist research – from catastrophic plate tectonics to baraminology – and concluding with creationism’s implications for the gospel. Questions this time covered theistic evolution, opportunities in schools and colleges, interaction with Islam and how origins relate to ideology, culture and evangelism. Discussion continued long into the evening! 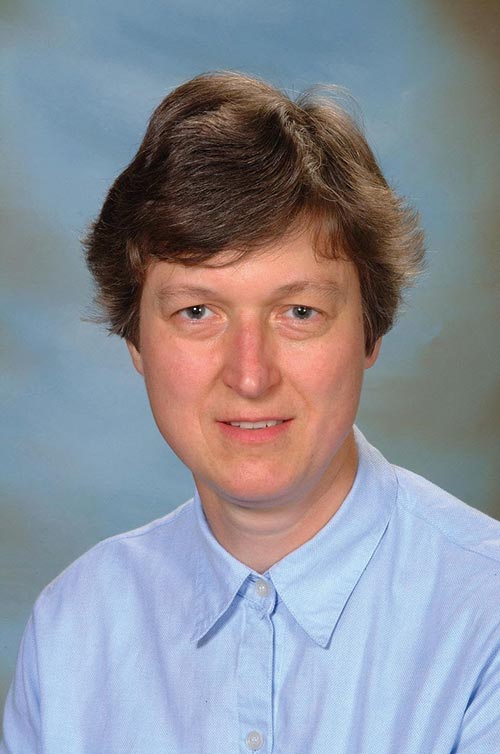 The talk was entitled ‘A Christian faith in a scientific world?’ The aim was to challenge those present to think through what they hear in the media and in school. The work of scientists, measuring, counting and describing was contrasted with opinions added to those scientific results by some in the scientific community and the media which purposely exclude a creator God.

A parallel was drawn between a house needing an architect and the cosmos needing the work of a designer to achieve a functioning complex entity. Other examples included the intricacies of the living cell and the human hand. Those present were challenged with the incompatibility of a random, purposeless evolution with a sovereign, all-powerful God “who works all things according to the counsel of His will” (Ephesians 1:11).

Stephen Lloyd spoke at two meetings in June. At Belvedere Baptist he addressed contemporary understandings of identity and compared these to our God-given identity as the image of God and which rests on our physical descent from the historical Adam. At Trinity Baptist, Tenterden, he gave two talks on why the creation/evolution debate matters, using the approach set out in his booklet, Adam or death: which came first?html

Paul gave two talks at Walmer Chapel, near Deal in Kent. The first focused on catastrophic plate tectonics, a scientific model that helps us understand the physical processes that took place during the worldwide flood. Paul showed how this model explains not only how the continents were flooded by ocean water, but also many features of the earth’s geology. His second talk was about the ice age, in which he explained how the warmth of the oceans at the end of the flood culminated in the build-up of extensive ice sheets across the northern hemisphere continents.


Paul has recorded a delightful eight-minute interview with the artist behind the book’s stunning illustrations, Jeanne Elizabeth. It’s available to watch at this link: here 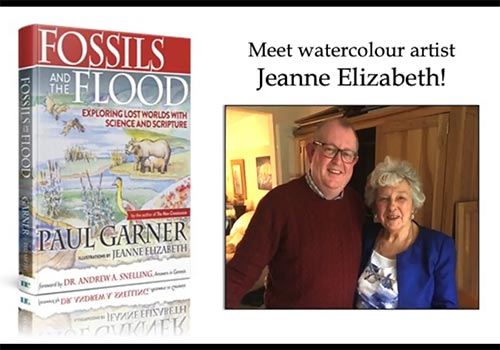 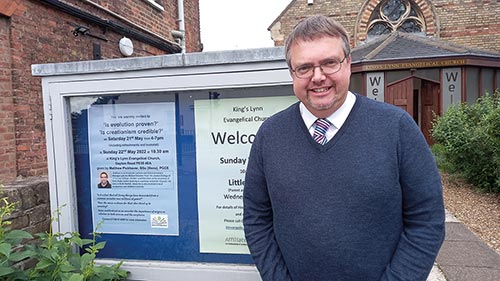 King’s Lynn Evangelical Church in Norfolk hosted Matthew Pickhaver for three special meetings. His first talk ‘Is evolution proven?’ looked at problems with various evidences for molecule-to-man evolution. Then ‘Is creationism credible?’ showed how it is possible to build robust alternative scientific theories on a biblical foundation. Finally he returned to take a Sunday morning service, speaking on 2 Peter 3 and, for the youngsters, giving a brief overview of the Bible from creation to new creation.

About thirty people attended on the Saturday and there was useful discussion about post-Flood diversity, origins and education, the image of God and the temporary nature of this age of death and suffering. One of the organisers described the weekend as ‘a great time of blessing. We have all learned a lot and been challenged to look at these matters much more deeply.’


Dr Stephen Lloyd recently addressed ‘Saving the planet’ in his regular Sunday ministry at Hope Church Gravesend. Speaking on Romans 8:19-23, he reminds us that this created world is groaning and awaiting redemption. You can find the service on this theme (with the main message starting at 36:50) at this link: here. 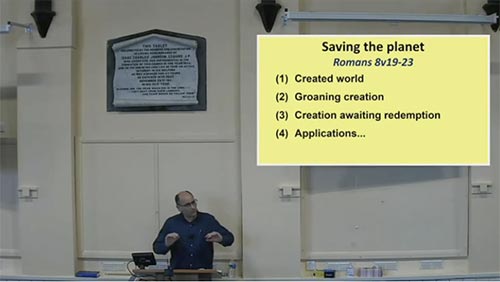 
‘God's Good Creation and the Problem of Evil’.

Details of the conference. 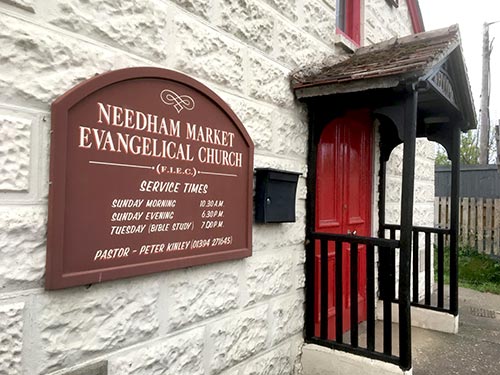 
During that meeting Paul led a Bible study in Colossians 1:15-20, all about the supremacy of Christ. Paul concluded that this passage should inform how we study and care for the creation, as well as encouraging us as we share the good news about Christ from creation to new creation. He also gave an update about the work of BCT, leading into a time of prayer. Afterwards there was considerable interest in the book table, including Paul’s new book, Fossils and the Flood. We are grateful for this opportunity to share news of our work! 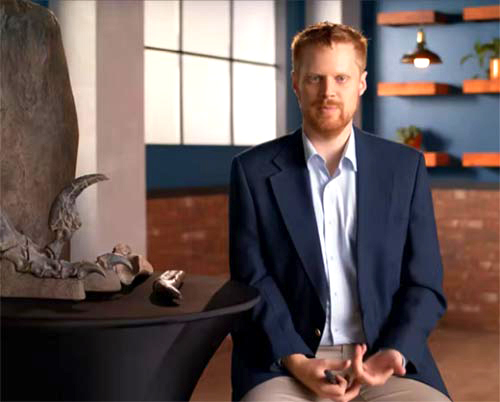 Dr Matthew McLain, a vertebrate palaeontologist at The Master’s University in California and a friend to BCT.


Meanwhile our friend Dr Matthew McLain, a vertebrate palaeontologist at The Master’s University in California, has presented six short videos about dinosaurs for their ‘Thinking Biblically’ series. Answering questions such as ‘what is a dinosaur?’, ‘how do we know about them?’ and ‘what happened to them?’, you can access these helpful films at this link here.

At the end of March Paul Garner spoke to the South Pennine Creation Group, meeting in Halifax, West Yorkshire. His talk was about catastrophic plate tectonics, a scientific model that helps us understand the physical processes that took place during the worldwide Flood. Paul was able to show how this model explains not only how the continents were flooded by ocean water, but also major features of the earth’s geology. There were many good questions afterwards, and much interest was shown in Paul’s new book, Fossils and the Flood.

Fish with legs and dinosaurs with feathers?


Paul addressed the question of ‘transitional forms’ in Pershore.


About 30 people gathered in Pershore to hear Paul address the question of ‘transitional forms’. He described several series of fossils that are claimed to document major evolutionary transitions, including feathered dinosaurs and fish-like tetrapods, and outlined a creationist model that can help to explain them.

He showed how many of the fossil series were produced by the sequential burial of ecological zones during the worldwide flood, while others (such as the famous horse series) most likely represent the diversification of the kinds that came off the ark. The talk prompted many good questions and interesting discussions afterwards. 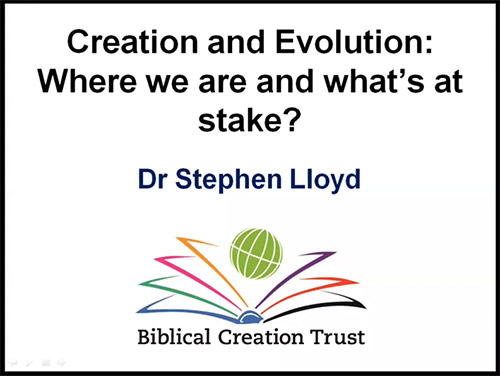 
Stephen Lloyd spoke via Zoom as part of South West Gospel Partnership’s ‘ThinkFor50’ series (a 25-minute presentation followed by 25 minutes of Q&A). His subject was ‘Creation and Evolution: Where we are and what’s at stake?’ This is a very helpful summary of our position, particularly with regard to theology, and you can watch the recording on SWGP’s YouTube channel.

Stephen was also involved in a discussion about origins with a group of 14 students at Cambridge. Many views were expressed, but framing the topic with the question ‘Why did Jesus have to die?’ led to some thoughtful engagement with the issue of whether death could be part of the original creation. Pray that there would be more opportunities to engage with students like this! 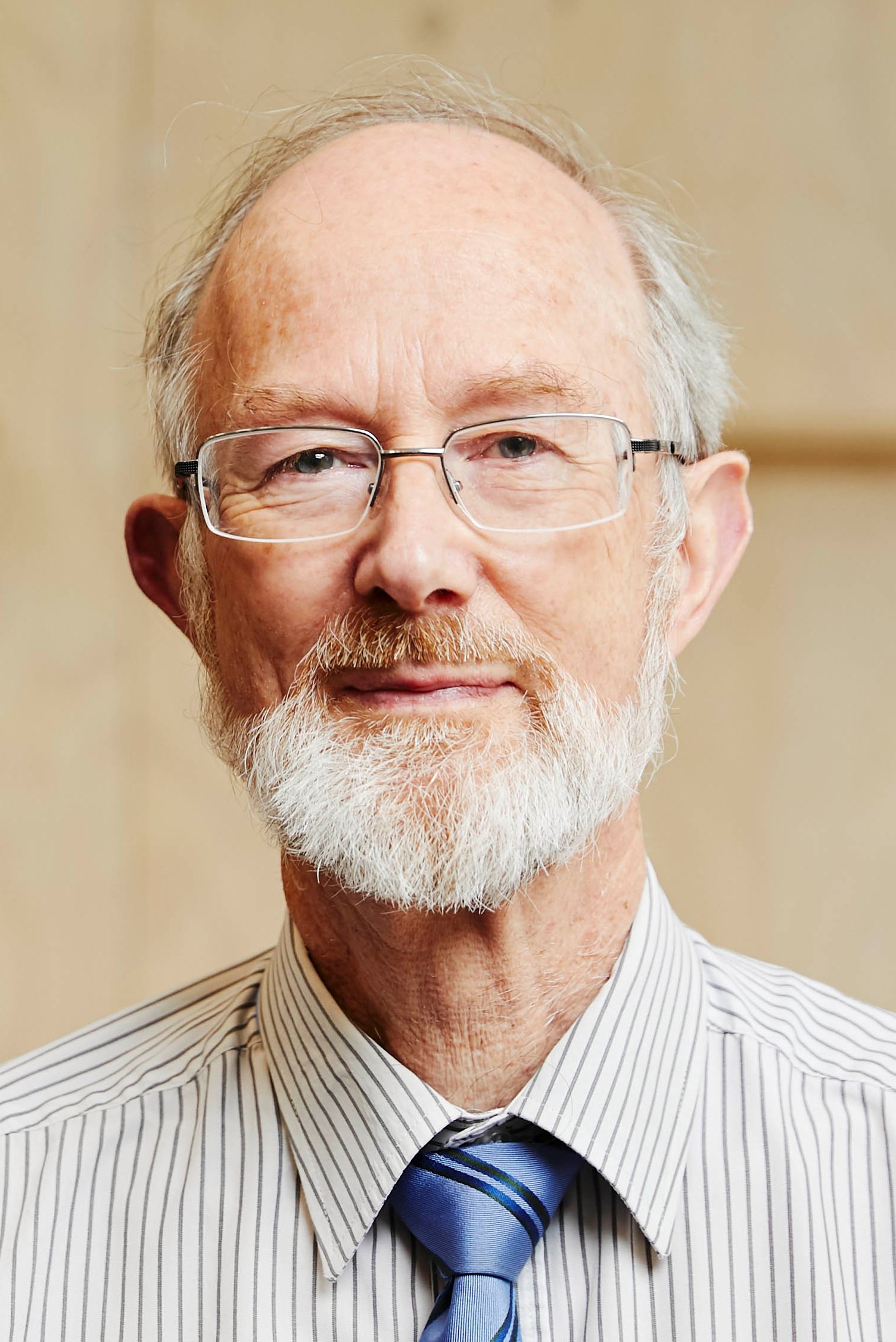 
Professor David Tyler, BCT Trustee, recently participated in a ‘Science and Faith’ panel discussion in one of Manchester’s Anglican churches. The goal was to find out what working scientists think about the perceived conflict between science and faith.

David’s contribution was to explain that there are no tensions regarding empirical science because science is the systematic study of God’s upholding of the World (His providence). He suggested that the history of science is instructive: although science can be found among the ancient Greeks, the early Islamic scholars and the emerging technologies of China, the biggest impact came in the period known as the ‘Scientific Revolution’.  Its leaders in Britain and in Europe were all deeply influenced by Christianity – and this mattered!

The Christian worldview was the nursemaid of science. The early scientists thought that they were thinking God’s thoughts after Him, and their motive was to honour God in their science. Just as there was a ‘Greek science’, an ‘Arabic science’ and a ‘Chinese science’, so also was there a ‘Theistic science’.  This approach was embraced by the scientists who founded the Royal Society. There are worldview issues here, affecting the way scholars approach their work.

Today, we have the dominance of ‘Naturalistic science’, which has removed God entirely from consideration.  Everything has to be explained by reference to Natural Law – or it is not eligible to be called science. This hardly affects empirical science, but it brings major tensions for our thinking about origins and the ‘Big Story’ of life on our planet.