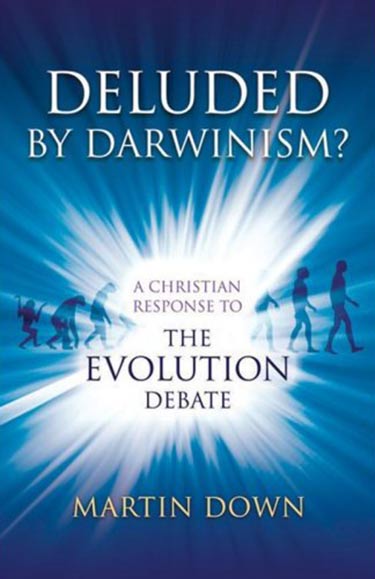 
A new book on the origins debate, written by a member of BCM’s Council of Reference, has just been released.

Deluded by Darwinism? is the story of how Martin Down, a Church of England vicar, came to see that science confirms the biblical record of creation and earth history. For many years, Martin accepted the conventional evolutionary explanation of how things came to be but he faced a dilemma as it became increasingly obvious to him that the Bible gave a very different account of origins. Which was he to believe? This new book chronicles his journey and invites the reader to reconsider the evidence.

Beginning last Friday (2 November), BCM speaker Paul Garner was one of the guests on a series of live two-hour panel discussions on Genesis TV (Sky 772). During the series of three programmes, hosted by Dr Vij Sodera (surgeon and author of One Small Speck to Man), Paul will be joined by Philip Bell (Creation Ministries International) and Dr David Rosevear (Creation Science Movement).

The remaining two programmes will screen on Genesis TV on Fridays 9 and 16 November 2007, 9.00–11.00pm. Phone-ins will not form part of these programmes.

We are delighted to announce that we have appointed a new speaker to work alongside our existing speaker, Paul Garner. Dr Steve Lloyd will be working with us part-time from the beginning of November. More details about this appointment will appear in due course.


In late March/early April 2008, Biblical Creation Ministries hopes to host a short speaking tour by Dr Todd Wood, the current director of Bryan College’s Center for Origins Research and Education. Todd has a PhD from the Department of Biochemistry and Molecular Genetics at the University of Virginia. He also served as director of Bioinformatics for Clemson University. He is the author of a textbook on creation biology, Understanding the Pattern of Life, and a monograph on the Galápagos Islands. If anyone is interested in having Todd speak to their church or group, please let us know. His stay in the UK is likely to be fairly short (a week or two), so we may not be able to accommodate all requests, but indications of interest would be helpful at this stage.

Should creation have a place in school science lessons?

On 7 October 2007 Paul Garner was a telephone guest on Rob Frost’s Sunday morning programme on Premier Radio. In the wake of three major new statements on the teaching of origins in schools, he was invited to speak about whether creation should have a place in school science lessons.

Later that day, the same question was the topic under discussion on BBC1’s The Big Questions. Sylvia Baker of the Biblical Creation Society was a guest in what turned out to be quite a bear-pit! One contributor, Steve Chalke asserted that Genesis is simply a beautiful poem despite the fact that Hebrew scholarship, see here and here, does not support this claim. In the circumstances, Sylvia was measured and gracious and we hope that registered with viewers of the programme.

Debating the Flood on Premier Radio

On 1 August 2007, Paul Garner debated the Genesis Flood with Anglican clergyman, Michael Roberts, on Premier Radio’s Drive programme. Michael Roberts believes that the Flood was a local event in the Near East which cannot now be pinpointed in the geological or archaeological record. Paul, on the other hand, argued from Scripture that the Genesis Flood was global in extent and gave evidence of its reality from the geological record.

A FAST summer in Grand Canyon 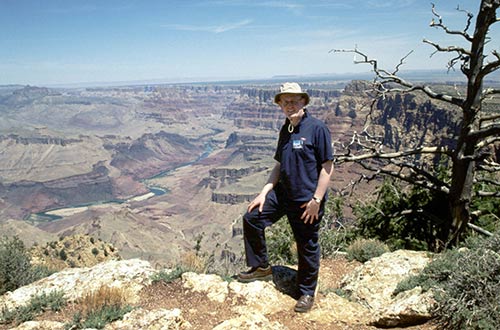 Paul Garner on the south rim of the Grand Canyon.


In late May and early June 2007, BCM researcher Paul Garner joined Dr John Whitmore and Ray Strom to explore the Coconino Sandstone, a 300 to 400-foot thick layer of cream-coloured sandstone near the top of the Grand Canyon. The conventional explanation for this geological unit is that it was laid down by wind currents, similar to sand dunes in deserts today. However, the team is currently examining evidence – such as cross-bedding and other features in the rock layer – that lend support to the young-age theory that it was actually laid down by water during the Genesis Flood.

This research is being sponsored by the Institute for Creation Research under its F lood-A ctivated S edimentation and T ectonics (FAST  ) programme. Other related projects on tuff beds (volcanic ash layers) in the Grand Canyon, the emplacement of the Heart Mountain overthrust in Wyoming, and studies of the biblical Hebrew narrative of the Flood also reported progress over the summer. 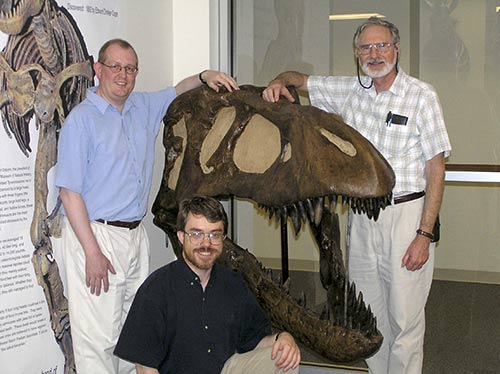 
In June 2007, Paul Garner of BCM made a week-long research visit to the Center for Origins Research and Education (CORE) at Bryan College, Dayton, Tennessee. He was working on a monograph about historical Christian perspectives on the origin of species, from both ‘species stasis’ and ‘variationist’ viewpoints. It is hoped that this monograph will be available for the Darwin bicentennial in 2009.

A visit to the new Creation Museum 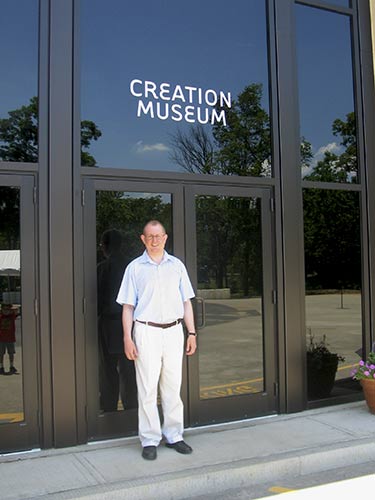 Paul Garner at the Creation Museum in Petersburg, Kentucky.


On 9 June 2007, Paul Garner of BCM visited the recently-opened Creation Museum near Cincinnati, home of our friends at Answers in Genesis. The exhibits are of high quality and great care has been taken to get the biblical and scientific content right. Visitors are clearly shown how different presuppositions influence the way evidence is interpreted. A series of panoramas guide the visitor through the Seven Cs of History (Creation, Corruption, Catastrophe, Confusion, Christ, Cross, Consummation) in a stunning presentation of the biblical timeline. The authority of the Scriptural record and its implications are emphasized throughout. We feel sure that a visit to this museum will be a life-changing experience for many.

A report by Paul Garner

The Sixth Conference of the Creation Biology Study Group (BSG) was held between 13–15 June 2007 at Liberty University in Lynchburg, Virginia. There was a good mix of plenary and contributed papers, many of which focused upon the conference theme of the origin of natural evil (e.g. death, carnivory) and other forms of biological imperfection. Among the conference highlights were the following papers:


The proceedings of the conference can be downloaded here and a selection of conference photographs can be viewed here.