Paul Garner’s new book, Fossils and the Flood, is now on sale! Informed by the latest creationist scholarship, it reconstructs the world before and after the Genesis Flood in unprecedented depth and detail. 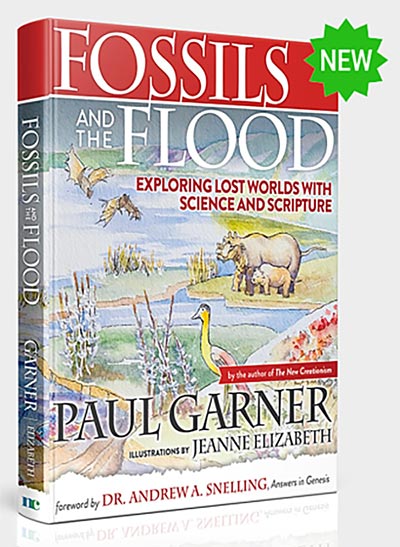 
Richly illustrated with over 200 watercolour paintings by Jeanne Elizabeth, Fossils and the Flood has something for all ages to enjoy.

In the UK, it can be purchased from the 10ofthose website. If you’re in the US go to Is Genesis History? (where it’s also available as an ebook). And for a sneak preview, take a look at Paul’s unboxing video! 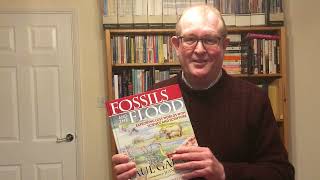 Paul Garner with his new book.


In December, Dr Stephen Lloyd spoke about ‘Christians and Science’ to pastoral students of the London Seminary, with some from overseas joining online. His aim was to equip them to be able to address this issue in their congregations even when they, or their listeners, may not have particular scientific expertise.

Stephen explained why Christians should have a positive attitude to science and the different ways Christians have understood the relationship between science and Christianity. He then focused on the creation/evolution debate as a case study, highlighting how scientific models can be developed that are consistent with the story-line of the Bible.


Matthew Pickhaver took a morning service at Hainault Road Baptist Church in Leyton, East London at the end of November. Besides bringing a BCT update and a message from 2 Peter 3, he spoke to the youngsters about ‘marvellous moths’ - their beauty, the mystery of metamorphosis and how it can remind us of conversion. Photo: Tomasz Kmiecik. 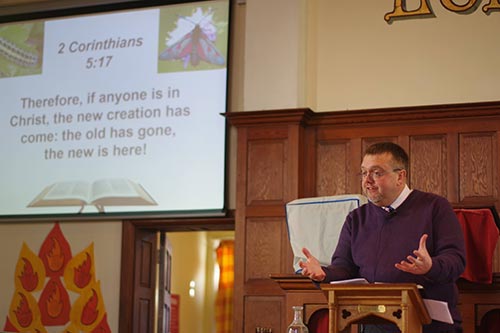 
How can you believe in God even though you’ve studied science? What started the big bang? Can you tell how old a fossil is and how? Why did God make the world? These were some of the wide range of questions that an enthusiastic class of 10- and 11-year-old pupils asked Matthew Pickhaver on 1 December. He had been invited by their teacher to spend an afternoon helping with a Religious Education topic about the relationship between science and Christianity. Pupils later wrote, ‘There are more scientists that are Christians than I thought’, ‘I learnt that evolutionists aren’t even keen on the famous diagram of human evolution going left to right! I also found that the present population grew from just one couple extremely interesting’, ‘I learnt that you’re not born a Christian, you become one. I really enjoyed it. My question was sincerely answered.’ 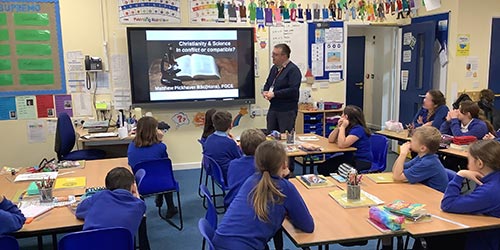 Matthew Pickhaver speaking to the pupils.


We’ve recently introduced a brand-new way that you can help us - an Amazon wish list. Rather than donating, you can buy something for us! Initially the list comprises books required for our growing research library. Please note that these include writing from perspectives other than our own, with which we need to keep up to date if we’re to be effective.

Just click on the banner below and when prompted select the ‘Gift Registry Address’ (Paul Garner’s) before checking out. Many thanks in advance!

Click on the banner to buy something for us!


Core Academy’s second online Creation Celebration took place in November, on the theme ‘God is my refuge’. For part of his contribution Paul Garner recorded this fascinating 18-minute video about earthquakes... 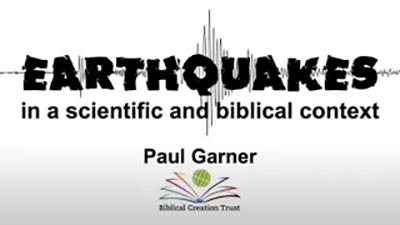