Stephen Lloyd and Paul Garner took part in the Truth in Science Summer School in Shropshire in early September, speaking on theistic evolution and geological evidence for a worldwide flood. In addition they led an interactive seminar on how to be faithful while studying evolutionary subjects, and joined other speakers on two Q&A panels fielding questions on a range of topics. Around 80 had booked into the two-day event. Here are their presentations: Stephen’s talk, Paul’s talk.

Stephen Lloyd and Paul Garner at a Q&A session.


‘Dippy and the deluge’


The Natural History Museum’s famous ‘Dippy’ the Diplodocus cast has been on display at Norwich Cathedral this year. Following his Creation Moment video of the same title, Matthew Pickhaver had an article called ‘Dippy and the deluge’ published in August’s issue of Let’s Talk (a general interest magazine for East Anglia) and then an extended version as an opinion piece on the ‘Network Norfolk’ Christian community website which you can read here. 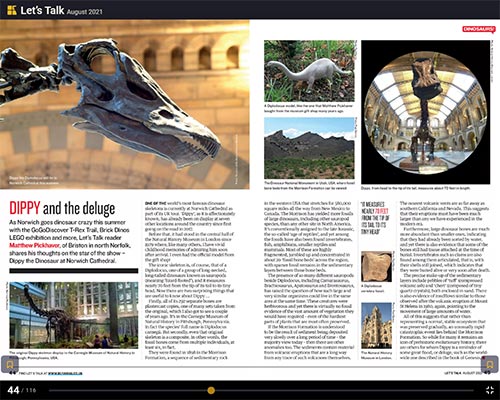 Matthew Pickhaver’s article on ‘Dippy and the deluge’.


Matthew Pickhaver spoke about evidence for a worldwide flood at Grace Baptist North Watford in August, with about 50 in attendance physically or online, including a number of children. Questions afterwards touched on the geological column, its lack of human fossils, radiometric dating and volcanoes.


On 13 June Stephen Lloyd asked the question ‘Who am I?’ in his regular Sunday morning message at Hope Church Gravesend. The sermon itself, dealing with human identity and the image of God, begins at 31:50 at the video link here, although the theme runs throughout the service.

Adam Holloway, Member of Parliament for Gravesham, was present and has now uploaded both the sermon and a short interview with Stephen to his own website. You can view these at the link here. We pray that many people will hear this message as a result. 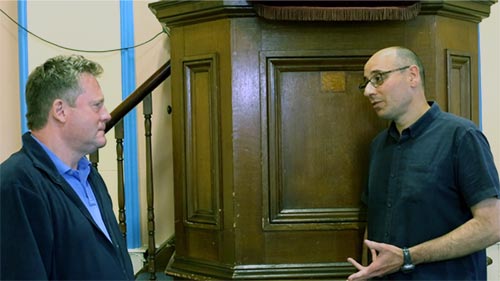 Adam Holloway MP talking to Stephen Lloyd after the service.


Here’s a talk Paul Garner gave at the online ‘Fundamentum Congres’ on 26 June, in which he presents current research helping to place everybody’s favourite reptiles within a creation model. 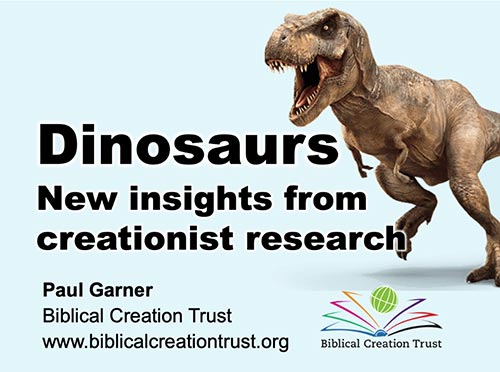 
Stephen Lloyd has had a significant paper published in the theological journal Foundations. ‘Covid-19 and Creation: Megaphones, Mystery and Lament’ examines four Christian responses to the virus crisis and explores the implications of our understanding of origins for the issues that arise. Again, click on the link for access here. 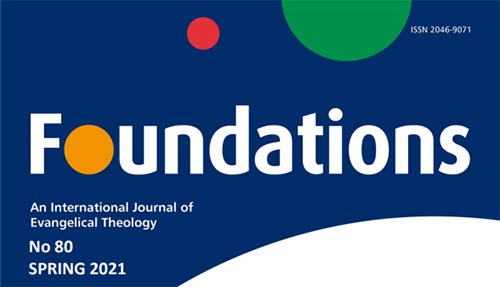 
When a politician's views about the age of the earth briefly made the news in May, national UK station talkRADIO wanted to speak to a creationist. Dr Stephen Lloyd obliged and gave an 11-minute interview that proved less hostile than other media opportunities. As he tried to steer clear of the political issues, Stephen explained that to be a creationist is more intellectually mainstream, and more widely believed in the wider culture, than many assume, precisely because it fits the evidence of design we find in creation.

Stephen was invited for a second interview in the summer. This time he faced more hostile and somewhat comedic questioning during nearly forty minutes of a late night show, but he was still able to get across many soundbites of creation and gospel truth.