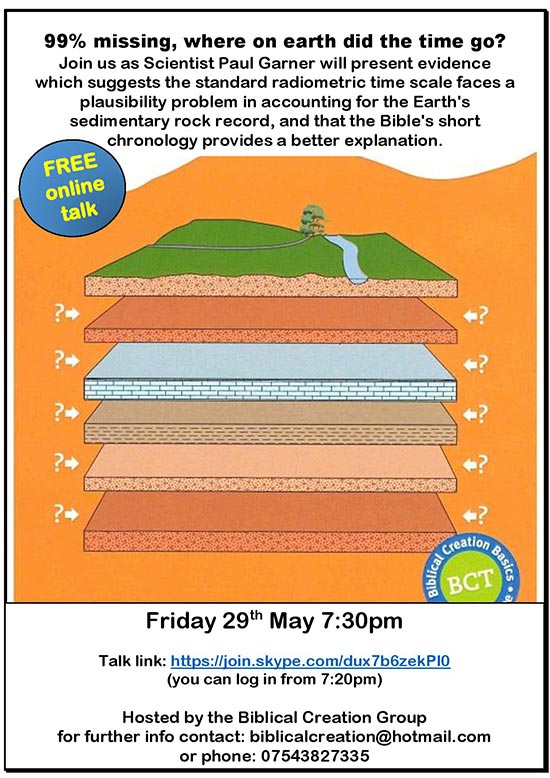 
While we’re all spending more time indoors as a result of Covid-19, we thought we’d try something a bit different. We’ve started to record some short videos on specific origins-related topics, which we hope will be entertaining and educational.

We’ve called this new series ‘Creation Moments’ and you can watch the first three videos below. And why not visit our Facebook page, where we’ve also posted the videos, so you can share them with others on social media? 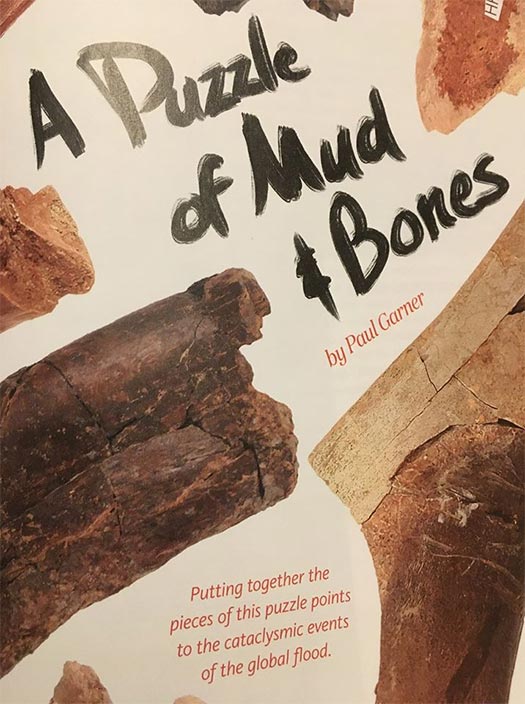 Paul Garner’s story of a remarkable dinosaur dig on a Wyoming ranch.

Paul Garner’s latest article tells the story of a remarkable dinosaur dig on a remote Wyoming ranch, and the fascinating insights it’s giving us into the cataclysmic events that took place during the flood. If you’re a subscriber to Answers magazine, you can check it out in the March–April issue (Vol. 15, No.2, pp.66-73) see here. 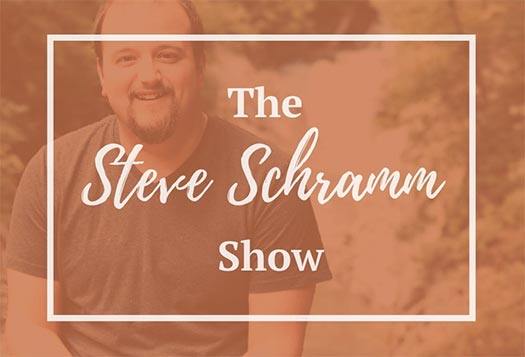 Stephen Lloyd was recently interviewed about his booklet Adam or death: which came first? by US writer and teacher Steve Schramm. It was a long conversation (over two hours) but this allowed him to explore the arguments in the booklet in some detail. In particular Stephen explained how the age of the earth is not a fringe issue, isolated from core Christian theology. In fact, it is as we follow Scripture’s own methodology, in which the order of events is crucial, that we are led to an ‘Adam before death’ position that contradicts the evolutionary chronology.

As well as the methodological and theological arguments, Stephen also discussed how we can have a fruitful approach to the apologetic and scientific issues that arise from this. You can listen to the entire podcast, which is one of a series of ‘Creation Conversations’, at this link: https://tinyurl.com/vd2mhmj. 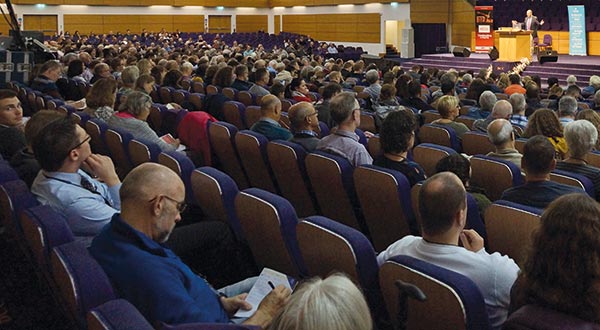 About 1200 people attended the conference.

The Bethel Convention Centre, West Bromwich, between the 24 and 26 October 2019, saw 1200 delegates (of whom about 40% were first timers) at a Mega Conference run by Answers in Genesis UK.

Biblical Creation Trust had the privilege of sharing the platform with speakers from various backgrounds. Simon Turpin opened the event showing us how Christianity has shaped science and given us a worldview which has now been usurped by an anti-God, atheistic framework.

Throughout the conference different speakers (Dr Voddie Baucham, Ken Ham, Dr Georgia Purdom) addressed various contemporary issues, including the current confusion over sex and gender and also the continuing prevalence of racism, in each case showing how a biblical understanding of creation is essential.

Dr Purdom also helped us to better understand the DNA evidence that is often cited as evidence of evolution. UK professors Stuart Burgess and Andy McIntosh expertly explained the evidence for design in the human body focusing on the nervous system and the human voice, respectively. Professor Steve Taylor described his own research, including work on dinosaur soft tissues, to provide evidence against the evolutionary time scale. 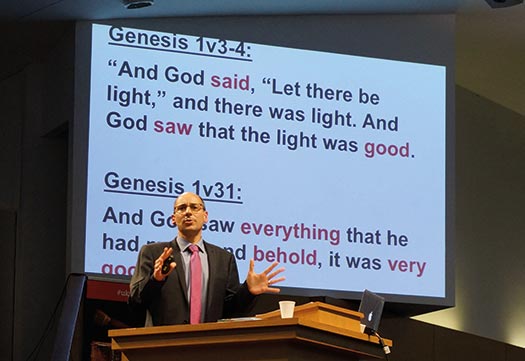 Stephen Lloyd speaking about the goodness of creation.

Dr Stephen Lloyd’s talk, ‘The goodness of creation’, was based on John 1:14, ‘The word became flesh and made his dwelling among us.’ It is this central truth of Christianity that helps us to understand the place of creation in God’s purpose and the basis on which we should value creation even in its fallen condition. Accepting evolutionary history actually undermines the basis for environmental care. His talk finished by considering how the incarnation of the Son of the God in human flesh demonstrates the value God places on humanity and that God’s redemption includes the physical creation, giving real hope in the face of contemporary environmental fears. 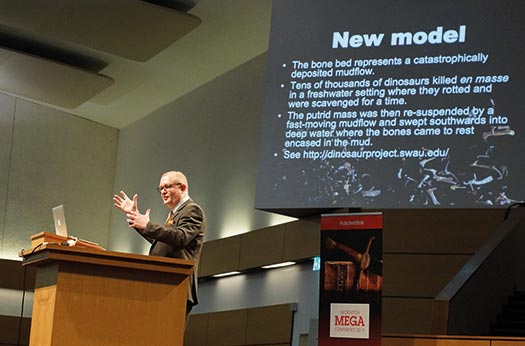 Dinosaurs are always in the news, and the pace of discovery is breathtaking. Paul Garner’s talk introduced conference-goers to the latest creationist research on these amazing animals. He showed how new methods are helping us to identify the created kinds of dinosaurs, and he told the story of Ebenezer the Allosaurus, on display at the Creation Museum in Kentucky, and the fascinating circumstances of its burial during the global Flood. Finally, Paul described excavations at a remarkable fossil graveyard in Wyoming in which tens of thousands of dinosaur bones are entombed. The precise position of the bones is being recorded using GPS technology and suggests they were deposited by a catastrophic mudflow.

Overall this was a tremendous opportunity to make our ministry better known, catch up with old friends and make lots of new ones. Our bookstall was very busy throughout the conference, with our Creation Basics booklet series selling well, including the newly published 99% missing booklet by Paul Garner (see page 3). If you are reading this because you signed up to receive our prayer letter at the conference we give you a special welcome!

Recordings of Paul and Stephen’s talks, along with their Powerpoint slides, are available on our website: https://tinyurl.com/yj4lptwj.

All photographs by Raj Sahota.