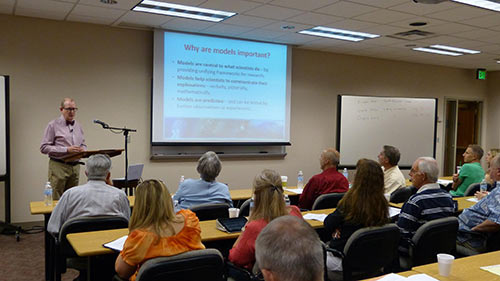 
Origins 2014, the annual meeting of the Creation Biology and Creation Geology societies, was held in Colorado Springs, Colorado, from 23–26 July. The first day was devoted to the technical sessions, including talks on creationist species concepts (Kurt Wise), human endogenous retroviruses (Ying Liu), the radioisotope dating of meteorites (Andrew Snelling) and the Flood/post-Flood boundary in the rock record (Marcus Ross).

Andrew Snelling also gave an interesting talk about Ebenezer, the Allosaurus now on display at the Creation Museum in Kentucky. Geological evidence suggests that this dinosaur was rapidly buried in a catastrophic mudflow, consistent with the global Flood.

Another highlight was the presentation by Joe Francis on research into tree destruction by pine bark beetles. Dr Francis is part of a team investigating the idea that bark beetles were originally designed for forest maintenance, not forest destruction. They hope that this creationist-inspired research might help inform management efforts.

Members of the public joined us for the second day. I opened the general conference with a talk on the importance of creation model-building. The other talks illustrated aspects of model-building, with sessions on thorns, thistles and natural evil (Roger Sanders), radioisotope dating (Andrew Snelling) and climate modeling (Steve Gollmer).

But the highlight for me was Marcus Ross’ highly entertaining talk on feathered dinosaurs. Marcus made a strong case for the reality of feathered dinosaurs and ended with an appeal for creationist models to be adaptable enough to deal with the data as it really is.

Before the conference some of us visited Florissant Fossil Beds National Monument, a world-famous location that has yielded fossils of over 1700 species, including 1500 insects and 150 plants. The conference ended with a field trip to various geological sites around the Colorado Springs area, including the spectacular Garden of the Gods.

Abstracts for this year’s technical talks have been published in the Journal of Creation Theology and Science: biology and geology.

Next year’s conference will be held at Truett-McConnell College in Cleveland, Georgia on July 23-25.

As we enter 2014, here are a few highlights from BCM’s past year:

Along with co-authors Todd Wood and Marcus Ross, Paul Garner published a paper at this conference entitled “Baraminological Analysis of Jurassic and Cretaceous Avialae.” This paper provided evidence of discontinuity between dinosaurs and birds, contrary to evolutionary claims. Abstracts of all the papers and details of how to order the proceedings can be found on the ICC website.


Were Adam and Eve real people? Were they really the ancestors of all people? Does it even matter? A new online course entitled ‘The Historical Adam’ explores these questions in the light of Christian theology, palaeontology and molecular biology.

Created by Dr Todd Wood, president of the newly launched Core Academy of Science, this self-guided short course consists of six hour-long sessions, with optional quizzes to evaluate your learning.

This course is being offered FREE for one time only beginning 5 August 2013. As part of the free offer, all the video lessons will be available for six weeks, so the lessons can be enjoyed once a week or watched in a single sitting. Subscribers will also be able to download written course materials (handouts and powerpoints) for future study.

To take advantage of this exciting opportunity, please visit the new Core Academy of Science website to register. There is no limit to the number of people who can participate in the course, but you must sign up before 5 August in order to enjoy the course for free. In July, everyone who signs up will receive an email with instructions on how to access the course.

God’s command for Israel to destroy the Canaanites is one of the most commonly raised objections to the morality of the Old Testament. In two articles recently published in the newspaper Evangelicals Now Stephen Lloyd addresses this issue. In the first part (February 2013) he argues that while the destruction of the Canaanites is indeed horrific, it is morally justified in the light of everything else the Bible teaches. In the second article (March 2013) Stephen considers the assumptions that lead people to question the morality of the command. He argues that only if physical death is understood to be a just punishment for sin can the morality of the command be defended. If physical death is not a punishment for sin (as many theistic evolutionists would insist) the destruction of the Canaanites becomes an act of violence, not an act of justice, and thus morally unjustified.

Did Adam and Eve really exist? 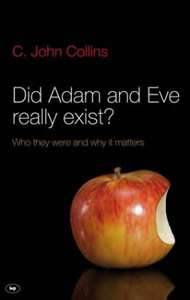 
The Journal of Creation Theology and Science Series B has published a series of reviews of C. John Collins’s book, Did Adam and Eve really exist? One of the reviews is by Steve Lloyd. The journal also includes a response by Dr Collins to the set of reviews.

For more on the contemporary debate in the church over the historicity of Adam in the light of recent scientific challenges you can listen to Steve Lloyd’s talk at the 2012 John Owen Centre Conference here. 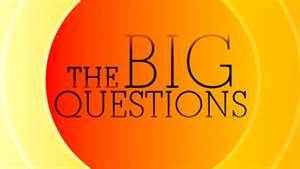 “Is it time for all religions to accept evolution?”


Dr Steve Lloyd appeared on the BBC1 programme ‘The Big Questions’ on Sunday 13 January. The question was, “Is it time for all religions to accept evolution?” Steve was one of 12 guests on the show so there was limited time to contribute. Nevertheless, Steve was able to highlight the research that is done by highly qualified scientists holding to a young earth framework. In addition, he explained that the conflict between Christianity and evolution is seen most clearly in their different understandings of physical death: in evolution physical death has always been present whereas the Bible teaches that physical death was absent in the original creation, only entering the world as a punishment on sin.

The programme can be seen on the BBC iplayer until the end of the week.

Part one of Paul’s article ‘Evaluating Christian views of origins’ is in this months (January 2013) edition of Evangelical Times. Available online here.

Dr Steve Lloyd will be appearing on ‘The Big Questions’ on BBC1, 10am, Sunday 13 January. The question for discussion is “Is it time for all religions to accept evolution?”

Steve Lloyd gave the Martyn Lloyd-Jones memorial lecture at the John Owen Centre 2012 conference on Monday 10 September. The conference theme was ‘Adam in the Bible, the church and the world.’ The evening lecture, open to the public, focused on the contemporary debate in the church over the historicity of Adam in the light of recent scientific challenges.

The powerpoint slides accompanying the talk are also available (1.2MB).